The Microsoft/Bethesda buyout doesn’t affect this at all. 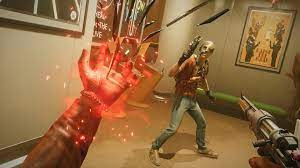 A fancy shooter Deathloop will retain its PS5 exclusivity for one full year, even despite the fact that Bethesda Softwares is now in charge of Microsoft. The most recent trailer for this amazing shooter from Arcane Studios suggests that Deathloop is very unlikely to be seen on another console until (at least) mid-September 2022.

Launching on PS5 and PC on September 14, the game tells us a story of a young assassin named Colt who becomes trapped in a time loop on the mysterious island called Blackreef. Following this unlucky set of events, Colt now needs to find a way out, and that won’t be easy as there are many predators lurking nearby. He also needs to watch out for a femme fatale called Juliana who will do everything in her power to stop Colt and protect the time loop no matter the cost.

Deathloop is coming out on PS5 and PC on September 14. You can check out the trailer below: