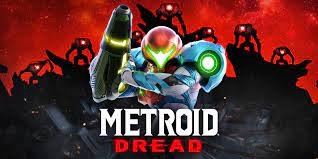 The legendary intergalactic bounty hunter is heading to a mysterious planet called ZDR where she gets attacked and is left for dead by a mysterious warrior. Soon thereafter, it turns out the mysterious Chozo race that once raised her has now turned into a foe.

The latest Dread Report gives us more of a backstory on Chozo. As we can see, they are highly intelligent and technologically advanced species, their purpose is to spread peace through the galaxy. However, some time before the events of the entire series, this civilization collapsed and ruins are all that remains.

Samus and the Chozo have many links through the series, and they are even responsible for some of her suit technology. But Chozo themselves, as you will see while playing the game, are extremely hostile. They are now employing deadly robots that you will also have to deal with on your adventure.  To understand why Chozo became so hostile, though, you will have to play the game to find out.

Metroid Dread is coming to Nintendo Switch on October 8. Make sure you check out the trailer below: