The revolution kicks off in October. 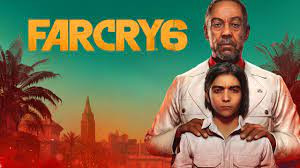 Ubisoft have released a new Game Overview trailer for Far Cry 6, giving us a glimpse of the guerrilla warfare adventure that is coming out next month.

The latest video covers everything that we have seen from the game so far. We’ll take the role of Dani Rojas, who finds themselves leading a guerilla uprising on the island of Yara. We will also seek the trust of and band up with the island’s disparate factions to lead the cause. To achieve that, we will be completing missions and setting up bases around the island.

The trailer shows off all of these factions, including tobacco farmers the Monterosbased in the countryside. There are also the Maximas Matanzas and the La Moral resistance groups who are just getting started. Lastly, there are also ex-revolutionaries and the most experienced group – the Legends of ’67. Our task will be to bring these groups together to stand a chance at toppling Anton Castillo’s regime.

Far Cry 6 is coming to Xbox One, Xbox Series X|S, PS4, PS5, and PC on October 7. You can check out the trailer below: