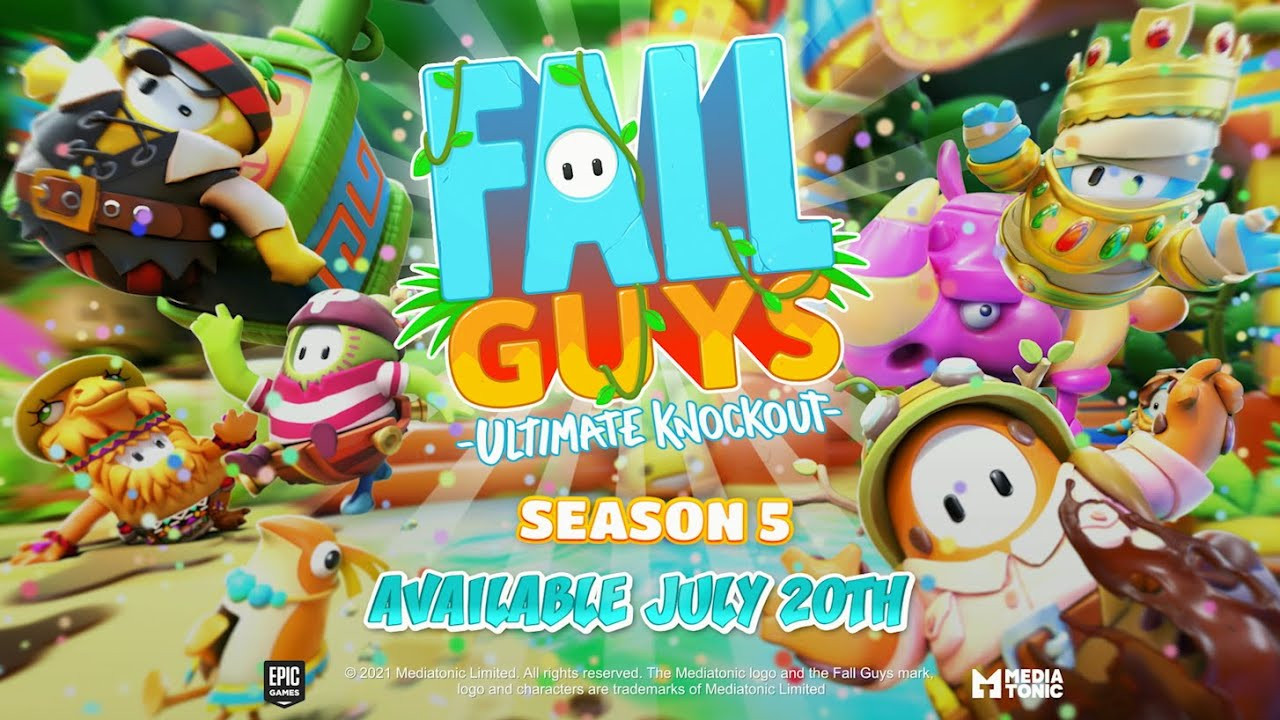 A live stream has revealed some of the new content, following the theme reveal last week. We are getting six new events, including Treetop Tumble and Lily Leapers; new 64-player gauntlet races with several different routes that people can take. On top of that, we’ll also have Duos and Trios for a limited time and five new obstacles added to the existing courses. Yes, that includes charging rhinos as well.

Season 5 will also introduce plenty of gorgeous-looking cosmetics and goodies that we can earn on the road to Fame Path. There will be seven new costumes and that also includes a crossover with the popular indie game Spelunky. A Crown Capers premium DLC will also be on sale starting from today, featuring three themed costumes to kickstart the new season with style.

Fall Guys: Ultimate Knockout Season 5 is launching today on PS4 and PC while Xbox and Switch versions will go live at a later point (we will let you know when once we get a release date from the developers). You can check out the trailers below: