Pokemon United is coming to July 21 on Nintendo Switch

Unite and catch them all! 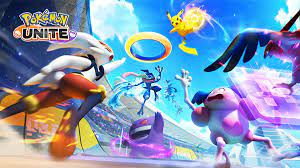 The Pokemon Company and TiMi Studio Group have announced that a Pokemon MOBA Pokemon Unite is coming to Nintendo Switch on July 21.

If you log in to this free-to-play title before the end of August 31 you will get a Unite license for the electric-mythical Pokémon Zeraora. This Pokemon is described as being “fast as lightning” and it can deal tons of damage before you even notice. A special Unite move also sends out a powerful electric blast that creates a dangerous zone of plasma around the area it strikes.

The game was announced last year and was given a July release date before this announcement of a specific date. Pokemon United will launch on mobile platforms and you’ll be able to cross-play with the Nintendo Switch players in September by using your Nintendo account.

You can check out the trailer below.